Muhammad Shabbir has been quoted in a market report published by by Gulf News. 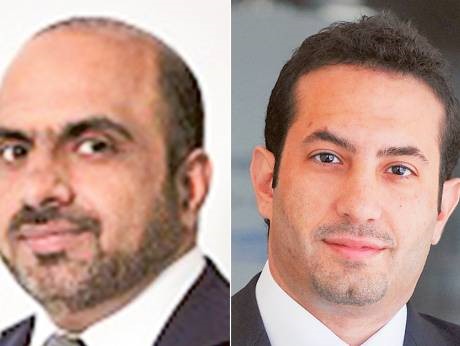 Mohammad Shabbir and Rami Sidani
Dubai: Stability and liquidity are likely to return to UAE equities by the second half of 2016, when oil is expected to recover, Rami Sidani, head of investments in the Middle East, Schroders, told Gulf News.

The Dubai Financial Market General Index has been trading precariously near the keenly-watched 3,500 level, after losing more than 18 per cent in the past one year. The Abu Dhabi index has also shed 6 per cent in the same period.

“In the short-term the negative sentiment would continue to weigh on the markets along with low volumes until we see clear signs of recovery in oil prices. We believe in the second half of 2016, oil prices should see some recovery and with that volumes would likely return to markets,” Sidani said.

“Currently, there is a lot of uncertainty due to low oil prices. Volumes are going down in the market and there isn’t enough foreign interest in the region. The region has the ability to weather the storm given the reserves that they have accumulated over the past 10 years,” Sidani added.

Liquidity has taken a beating with very limited interest from institutional investors, and analysts say it could worsen in coming weeks and months after limited liquidity in the system.

“People are still very reluctant to commit any money now. Volatility is keeping investors. Liquidity would worsen going forward. Earlier banks were flushed with liquidity, now banks would also need liquidity, and among the local investors, who are on liquid cash, their preference is to keep cash safe,” said Mohammad Shabbir, head of equity funds and portfolios at Rasmala Investment Bank.

Though, foreign ownership in some of the names is still intact, so it has been a sell off driven by retail investors, Shabbir said.

UAE equities are likely to continue with the trend of witnessing a limited downside compared to some other peers in the emerging markets as it’s a dollar-based economy.

The Dubai Financial Market General Index has shed only 7 per cent so far in the year, compared to 14 per cent losses in Indonesia or “Other emerging markets have been under pressure due to currency devaluation, a phenomenon that is not present in our markets as our markets are pegged to the dollar. This is a big positive for the region,” Sidani said.

Emerging market would remain under pressure, as the leverage levels in our markets is a lot less than the emerging markets even at the company level and government level. And therefore the downside would be remain limited in our local markets compared to emerging markets.